On Movie Translation:A Critical Analysis of the Subtitles Produced for the Yemeni Movie The Loser Bet

The Yemeni Movie The Loser Bet is originally a popular movie running in Yemeni national channels which deals with terrorism topic.
The main aim of this study is to critically assess the accuracy and professionality in the translation of the subtitling of the Yemeni movie ”The Losing Bet” and to expose the nature and types of mistakes that occurred in the English translation of the movie.
This study follows an analytical and descriptive method in discussing the main difficulties and problems of translating subtitles from Arabic into English with a special focus on the subtitling of the Yemeni movie ”The Losing Bet”.
A special emphasis is given on investigating the major mistakes and difficulties faced by the movie subtitler at the linguistic and cultural levels.
This study is limited to analyzing the problems and mistakes of selected samples found in the English translation of the Yemeni movie The Loser Bet including linguistic and cultural ones.
The main findings that the researcher has arrived at are as follows :
– Weak quality of the subtitled translation of the movie ” The Losing Bet”.
– It is clear that the subtitler of this movie is not specialized in translation and he/she lacks professional training in translation field.
– Arabic dialogue in the Yemeni movie has been subtitled into English without taking into the considerations the TL culture.
– Many translation mistakes were committed such as translating most of the Arabic dialogue literally, omitting some of the important utterances and phrases, adding some unnecessary words and expressions, committing some grammatical errors, and missing the intended meaning of many expressions.
According to the study’s findings, the researcher made some suggestions and recommendations that belong to the subject of the study. 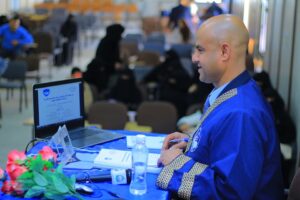